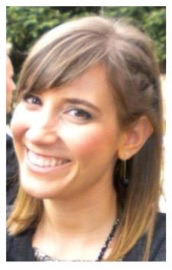 Anna Molto completed both her medical studies and Rheumatology training Universitat Autonoma de Barcelona, Spain, in 2010. She then moved to Paris first as a Clinical research Fellow and thereafter as an Assistant Professor in Cochin Hospital in 2011. She received her PhD from the Universitat Autonoma de Barcelona in 2015. Currently, she works part-time as an attending Rheumatologist in the Rheumatology department of Cochin Hospital and part-time as a clinical researcher in the INSERM ECAMO team (U-1153) from the University of Paris.

Her research focuses mainly on the natural history of early axial spondyloarthritis, evaluation of effectiveness in observational trials, and pregnancy outcomes in patients with inflammatory rheumatic diseases. She has authored more than 100 peer-reviewed publications (h-index 20).

Anna was co-opted by EMEUNET in 2010 and she first served as part of the Country Liaisons subgroup, and subsequently as its leader until becoming chair elect in 2015. In the country liaison subgroup, she implemented the network of the ‘Country Liaisons’ and embarked very motivated young EMEUNET members from all over EULAR countries, who then boosted the membership in their own countries. As EMEUNET chair, her main task was to overview the update of the EMEUNET website, the blooming of the Country Liaisons’ role and to defend the crucial role that Social Media would have for EMEUNET and EULAR. With her work in EMEUNET she had to learn how to lead and motivate people, and her Chairing provided her huge visibility but most importantly a great network of colleagues and friends.