During the Austrian Society of Rheumatology Congress 2016 for the third time a Young rheumatology session tool place. These young rheumatologist session were iniatied by Paul Studenic co-leader of the EMEUNET Social Media subgroup are continuously growing. This event facilitates the spread of EMEUENT in Austria. In the last edition, a mutual session in collaboration with Rheumadocs (Germany) was organized and opportunitiesand aims of the Rheuma docs as well as structure and reports about the Rheumatraining curricula in Germany as well as in Austria were presented to the audience.

EMEUNET at the Danish Rheumatology Association 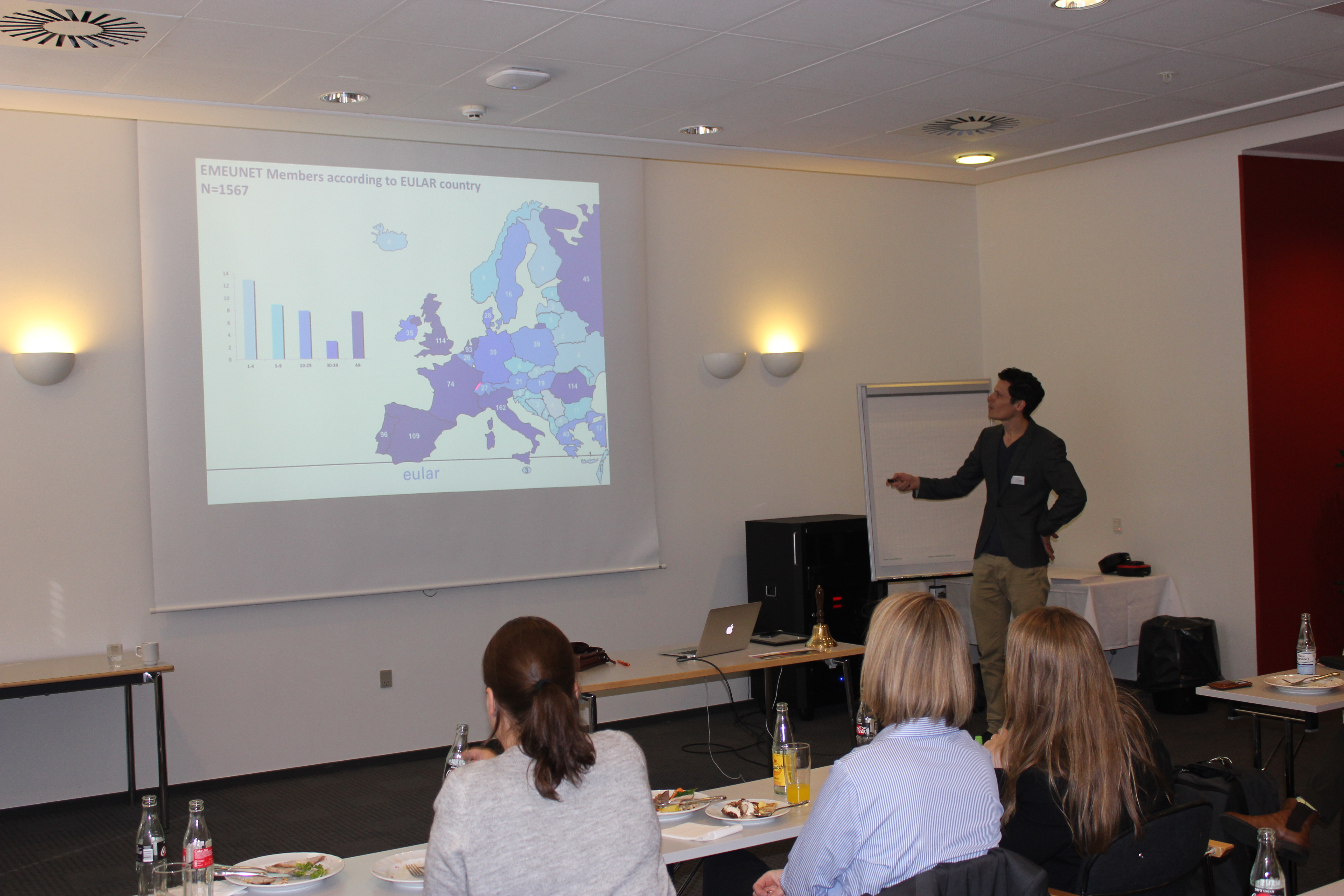 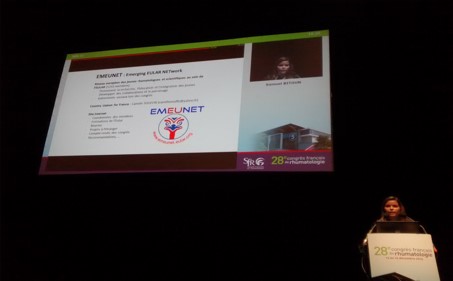 Camille Souffir, Country Liasion for France, promoted EMEUNET in 2015 and 2016 at the French Congress of Rheumatology.

EMEUNET at the Italian Society of Rheumatology Congress

The Italian Society of Rheumatology (SIR) national meeting was held on 23-26 November 2016 in Rimini, Italy. We had for the third year a Session for Young Rheumatologists where a lecture on how to conduct a systematic literature review was held and young fellows engaged in a national Master degree reported their experience. In addition, we reported about the growth of our Italian Young Rheumatologists Group since we established it at last year’s Congress. During the session, several young rheumatologists joined our group that is now including over 150 people. EMEUNET was highlighted in this session as a powerpoint presentation was given to explain aims and organization of EMEUNET and to encourage young Italian rheumatologists to join our expanding network. EMEUNET flyers were also circulated to provide attendees with all information at a glance.