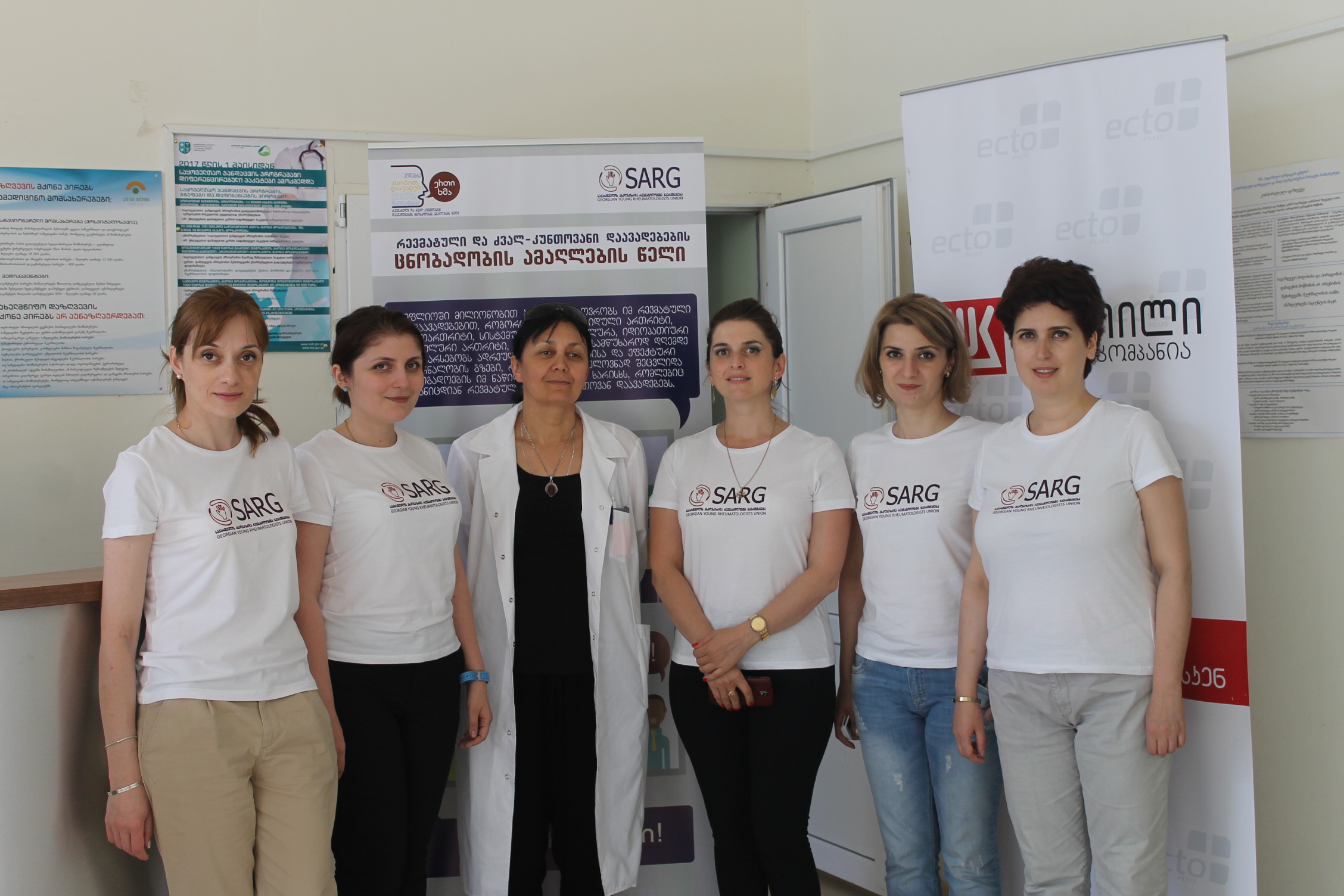 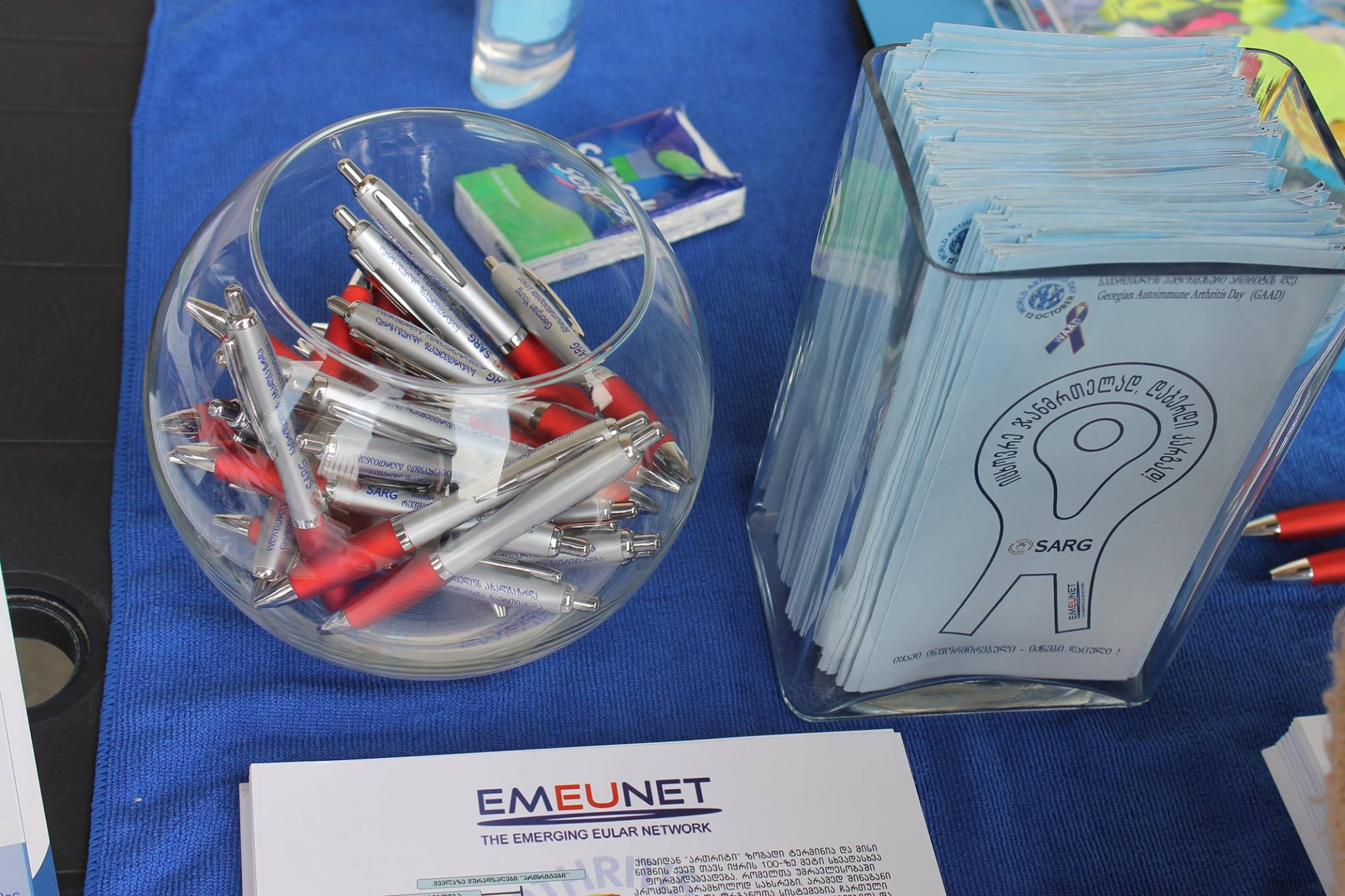 Nino Gobejishvili, our Country Liaison for Georgia, was promoting EMEUNET projects and activities in different events organized locally in collaboration with the Georgian Young Rheumatologist Union (SARG). The SARG aims to identify the needs of young rheumatologists and raise awareness on RMD in Georgia, so different activities, including some events during the WAD 2017 were held in collaboration with EMEUNET.

EMEUNET advertised at the Polish Society of Rheumatology 2017 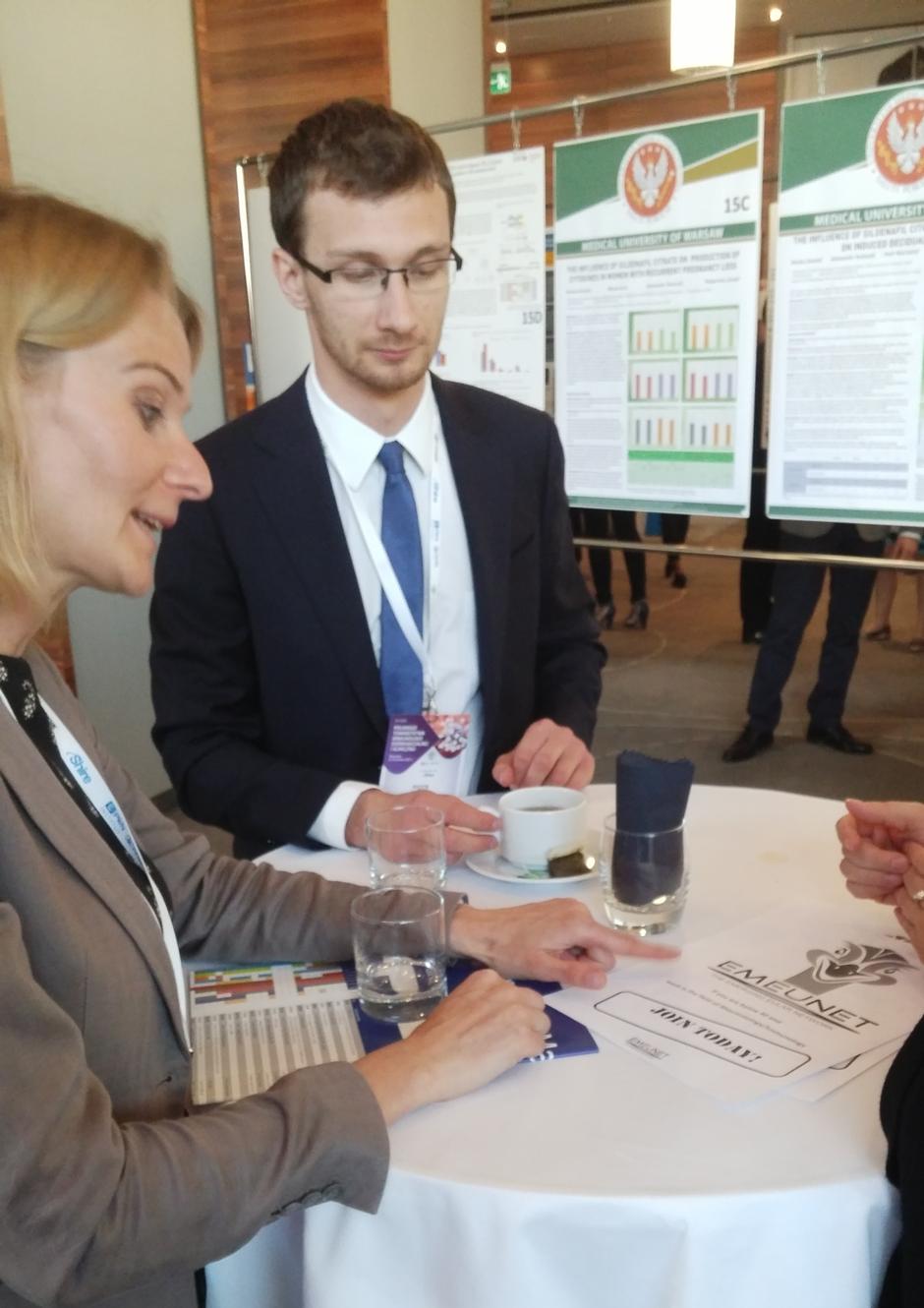 Our Country Liaison for Poland, Marcin Milchert, promoted EMEUNET during the 23rd annual congress of the Polish Society of Rheumatology 2017. Some flyers were distributed and received great interest from the attendants.

EMEUNET promoted at the Romanian Summer School of Rheumatology 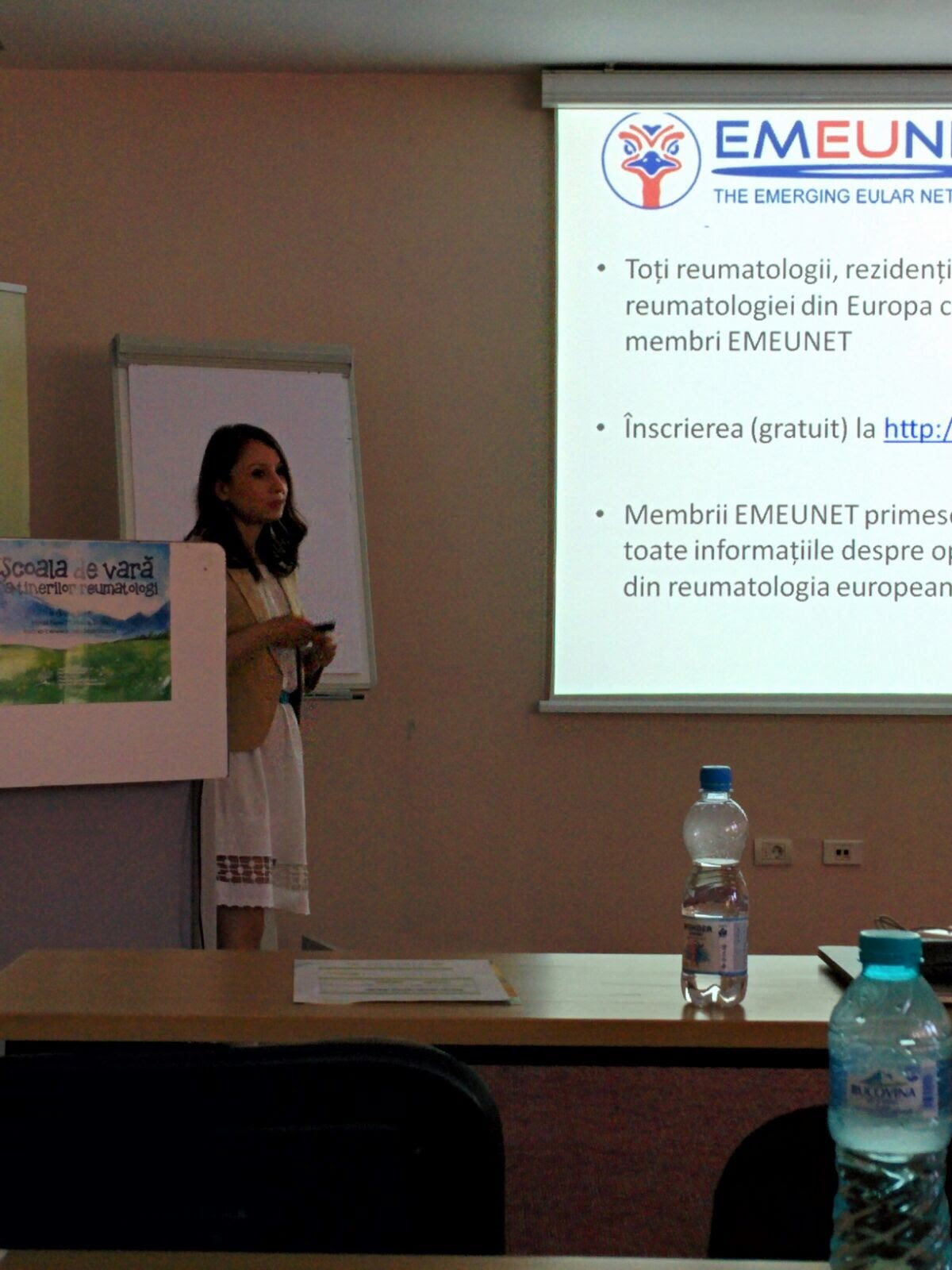 Ana Maria Gherghe, the current Country Liasion for Romania, had the opportunity to introduce EMEUNET in an oral presentation during the Summer School of Rheumatology in July 2017, organized by Prof. Ruxandra Ionescu. Ana covered important topics about EMEUNET registration, structure, membership and her talk received great interest from the audience.

EMEUNET was promoted during the Slovenian national rheumatology meeting (October 2017). Our Country Liaison for Slovenia, Katja Perdan had the opportunity to give a 15-minute presentation regarding EMEUNET to an audience of young rheumatologists and fellows in training.

EMEUNET advertised in Spain to residents and fellows in training!

The Spanish Country Liasion, Chamaida Plasencia-Rodríguez, delivered a presentation about EMEUNET during a specific course for residents and fellows in training in Spain, organized in collaboration with the Spanish Society for Rheumatology. The benefits of EMEUNET were highlighted and she made emphasis on the ongoing projects, educational offer and all the relevant information that can be found in the EMEUNET website.

EMEUNET advertised in Spain in a regional meeting!