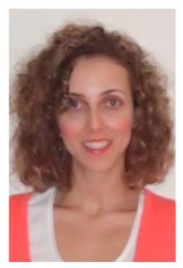 Elena Nikiphorou completed her medical studies at University College London and her specialty training in rheumatology in the East of England, in 2013. Although on a clinical path to start with, she took time ‘out of programme’ to complete her first research degree in 2010 [MD(Res)] in Rheumatoid Arthritis, at University College London. She subsequently went on to pursue an academic path, in parallel to her clinical studies. She is currently an Honorary Senior Lecturer within the Centre for Rheumatic Diseases, King’s College London and a Consultant Rheumatologist at King’s College Hospital. She has had a number of leadership positions in the UK and outside. She authored more than 80 peer-reviewed publications and is an active member of the rheumatology research team at King’s College London.

Elena joined EMEUNET in 2010 as a member of the country liaison subgroup. She subsequently rotated to the social media subgroup before becoming the leader of the subgroup. Her role was crucial in developing and also leading the ARD social media team within the subgroup. She became the Chair of EMEUNET in 2017 and took on a number of responsibilities and organizational tasks as Chair, stimulating innovation and new thinking that allowed EMEUNET to progress to a higher level within the wider community.