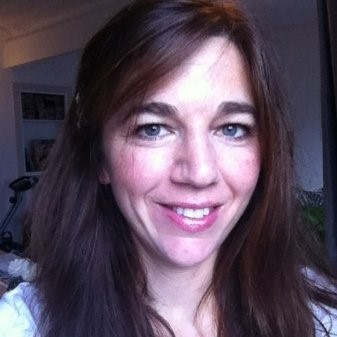 Laure Gossec, MD, PhD, is Professor of Rheumatology in Pitie-Salpetriere Hospital and Pierre & Marie Curie University (Paris 06 University), Paris, France. Professor Gossec earned her medical degree and her specialty training in rheumatology at Paris Descartes University and earned her PhD in Epidemiology and outcomes research from Montpellier University, Montpellier, France. In the clinic in Paris, she is responsible for a hospitalisation section and partly the day-hospital where patients are treated with biologics. Prof Gossec’s interest is clinical research, in particular outcomes research and epidemiological research, with a focus on outcome measures for clinical trials and clinical practice, prediction of severity and biologicals. Prof Gossec’s clinical research focuses on the longitudinal assessment of patients with rheumatoid arthritis (RA), psoriatic arthritis (PsA), and spondyloarthritis. Prof Gossec coordinated with Pr. JS. Smolen the EULAR recommendations for the management of PsA, and was also involved in the RA recommendations and PsA/SpA and RA Treat-to-Target initiatives. Laure Gossec is particularly interested in the patient’s perspective and patient-centred research, and has successfully led Europe-wide projects to develop scores to assess the impact of RA then PsA, under the aegis of the European League Against Rheumatism (EULAR). She continues working on patient-reported outcomes and patient-centred research with a current focus on shared decision-making and e-health.

Prof Gossec serves on the Executive committee of EULAR and is a founding member and past chairperson of the Emerging EULAR Network (EMEUNET).

Prof Gossec also serves on the executive leadership committee of Outcome Measures in Rheumatology (OMERACT) where she is chair of the Patient Stream, responsible for coordinating the patient-related activities of the group and facilitating patient research partner involvement.

Prof Gossec has authored close to 250 peer-reviewed manuscripts, of which more than 100 on which she is first or last author.

Laure was a founding member, with Daniel Aletaha (Austria) and Maya buch (UK) of EMEUNET. She was then Chair of EMEUNET in 2011 for one year. At that time the group was just starting. She set up the ‘subgroup’ organisation within the Working Group and set up the first regular teleconferences with the chairs of each subgroup. During her chairmanship of EMEUNET, she initiated EMEUNET newsletters and congress reports, the involvement of EMEUNET in the EULAR annual congress programme, the EMEUNET networking events and the reviewing mentoring programme (in conjunction with ARD).

Her involvement within EMEUNET helped her to become familiar with EULAR and probably indirectly contributed to her election as Chair Elect of the standing committee for Epidemiology and Health Services within EULAR (in 2015). Laure has also been invited to participate in several EULAR initiatives, in part due to her role in EMEUNET. Thus, EMEUNET has facilitated her involvement in EULAR. EMEUNET was also a wonderful experience from a networking point of view, and has led to many long-lasting interactions and friendships with collaborators and colleagues throughout Europe.